UDHR Article 18: Everyone has the right to freedom of thought, conscience and religion; this right includes freedom to change his religion or belief, and freedom, either alone or in community with others and in public or private, to manifest his religion or belief in teaching, practice, worship and observance.

In the latter half of the twentieth century, the incompatible marriage of ‘human rights’ and ‘religion’ engaged the lives and minds of many defenders who have tried to instil harmony, sometimes at great cost to their own lives and liberty.

To understand how religion may be incorporated in universal human rights a deeper look at the socio-political and cultural application of law is required. If the true meaning of law is interpreted and applied then human rights would be inherently observed even in the most religious of societies.

There are many different interpretations of law but the one set out here is derived from a secular humanist viewpoint free from any religious traditions and rites, divine or otherwise - a set of universal rules and values to maintain order among people, governments and international relations based on equality and justice.

The Universal Declaration of Human Rights (UDHR) and its subsequent instruments, covenants and treaties are the ideal embodiment of these universal values, which are based on justice and equality free from bias, prejudice or privilege.

A perfect example of how these inherent and inalienable rights can and are violated is in today’s Iran under the rule of a religious theocracy claiming divine legitimacy. The lack of respect for law – even for its own - is apparent in how the Islamic Republic has governed Iran in the last thirty-one years.

Following the post-election events witnessed by the world community last year, the topic of human rights violations in Iran conjure up images of state-sponsored violence, rape, torture, illegal detention and farcical show trials. Yet, the root of these violations must be sought in the Islamic Constitution - not forgetting that the Islamic Republic has remained as a signatory to Covenants signed before the 1979 Revolution and has in its own right ratified others. The Islamic Constitution states:

Article 12: The official religion of Iran is Islam and the Twelver Ja'fari school [in usual al-Din and fiqh], and this principle will remain eternally immutable;

Article 19: All people of Iran, whatever the ethnic group or tribe to which they belong, enjoy equal rights; and colour, race, language, and the like, do not bestow any privilege;

Article 20: All citizens of the country, both men and women, equally enjoy the protection of the law and enjoy all human, political, economic, social, and cultural rights, in conformity with Islamic criteria;

Article 21: The government must ensure the rights of women in all respects, in conformity with Islamic criteria.

Article 12 is in direct contradiction of Article 1 of the UDHR, which states that all human beings are endowed with reason and conscience, meaning that they must be free to choose what they believe in as reiterated in Article 18 of the UDHR concerning religion.

Article 19, which defines who enjoys equal rights in Iran, intentionally and purposefully does not include gender and religion in its definition, as both are sources of discrimination or privilege according to the Islamic criteria explained in Article 4.

Based on Articles 20 and 21 these Islamic criteria legally and institutionally hinder the progress and violate the rights of women, half of Iran’s population, as well as that of Iran’s diverse religious groups.

The equal rights movement spearheaded by the women’s movement is out of the scope of this article but the persistence and resilience with which Iranian women have fought for their dignity and equal rights is inspirational and worthy of mention at every given opportunity.

The thirty-one-year insistence on Islamifying the society not only has failed but has actually produced a negative approach to religion. Loss of faith or converting from Islam to another religion (despite being punishable by death) is even reflected in the Islamic Republic’s own published figures, as unreliable as they may be. In the official statistics, those who have any religion other than the four protected by the Islamic Constitution (Islam, Christianity, Judaism and Zoroastrianism) identify themselves as ‘Other’ or ‘Not Declared’. Iranian Bahá’ís, for example, or those who have changed their religion fall into these categories. The figures below are compiled from official census statistics as published by the Statistical Centre for Iran:

The figures indicate an almost threefold (2.8) increase in a twenty-year period in the ‘Not Declared’ and ‘Others’ category while population growth has actually decreased by more than half.

This trend was most evident in two Internet surveys carried out by Association des Chercheures Iraniens in 2007 and 2010. In the first survey, viewpoints on religion and identity were measured. Two main traits were clearly identified, i) regarding the level of importance of Iranian identity over religious or ethnic identities, the majority of the 20-29 age group (the largest participant age group) identified themselves with Iran’s ancient civilisation and culture; and ii) loss of faith or anti-religious sentiments. 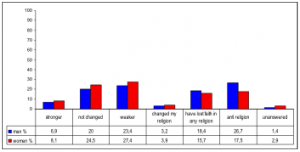 Fig 1: Question 11: In view of the events and developments in Iran under the Islamic Republic, how have your religious beliefs been affected? 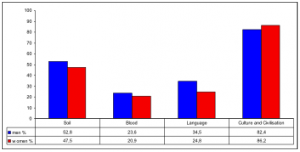 Fig 2: Question 14: Where do you derive your identity from? (Multiple answers) 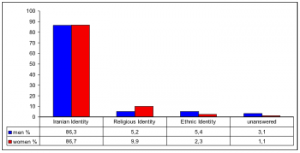 Fig 3: Question 16: Which of the above forms of identity is important to you?

The second survey concentrated on the events following the tenth presidential elections. Nevertheless, the question on religious beliefs produced startling results, particularly, in the 35 to 39 years age group. 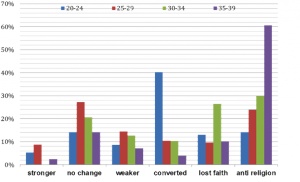 Fig 4: Question 12: In view of the events and developments in Iran under the Islamic Republic, how have your religious beliefs been affected?

Evident from both surveys and Islamic Republic’s figures is the move away from the stated official religion which can only indicate a policy failure as well as demonstrate the consequences of violation of one of the most fundamental rights: that of freedom to choose one’s own religion or belief.

Despite awareness of the damage the policies of the last three decades have done to “Islam”, the regime appears to be pursuing them with more vigour by giving power and protection to its “extrajudicial” or “rogue” agents to persecute religious minorities. Moreover, fresh powers of arrest and punishment have been brought in against religious freedom by codifying “apostasy” in the proposed Islamic Penal Code with the maximum sentence of death.

The Islamic Republic must be reminded that as a signatory of the 1993 Vienna Declaration it has a duty and responsibility to bring its national laws in line with the international instruments to which it is a signatory. Iran must be held accountable for non-observance of human rights with more than resolutions and condemnations. At the same time, the so-called negotiations over the nuclear issue must not be an excuse for the international community to remain silent on the abuse of rights in Iran. Smart sanctions targeting identified individuals and institutions may be one way of applying pressure.

In conclusion, religious traditions or cultural values must not form the foundation of the laws of the land. They are private matters and while both are to be respected, in a fair and just society neither is damaged or devalued and the law actually provides for their rightful place within society.

The Islamic regime must not be allowed to get away with systematic and ‘legal’ violations of rights under the guise of tradition and culture. Its excuses must not be tolerated when appearing at international meetings and openly defending the abuse of, for example, the Bahá’ís or insisting on unequal rights for women, based on customs and culture. The protests of the last year and the obvious dissatisfaction with the entirety of the system must be a serious warning for the ruling elite and the international community alike.